On Thursday, October 11 I said goodbye to my best friend for the very last time with tears in my eyes. My best friend has been with me since I was ten years old, and was the sweetest and most loyal person I know. 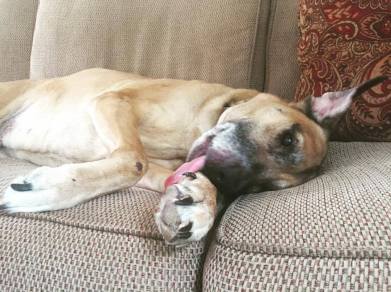 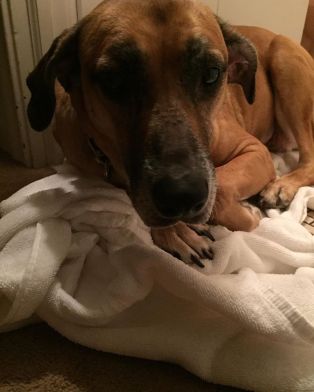 If you follow me on Instagram or know me personally, Maggie was my partner in crime and my very best friend. When I was in college, she was always there to help me study and do my homework. Okay, fine. She also knocked it out of my hand so she would get a belly rub, but she still helped. When I was sick, she stayed by my side, even if that meant losing her beloved couch for the night. She was my breakfast buddy, and the person who would always happily greet me at the door.

That’s why saying goodbye to her was the hardest thing ever.

It happened quickly. For a while, we’ve noticed that she was acting weird. She was yelping and expressing pain. After a while, we took her to the pet hospital. The prognosis? She was diagnosed with Interverbal Disc Disease, which basically meant that all of the sponges in her spin had disintegrated, and it was basically bone on bone.

Within 72 hours, we had to say goodbye to her for the last time. Her condition worsened to the point where she would pace around the house, yelp, and wasn’t Maggie. She was on painkillers, but it still didn’t stop the pain. She still was in massive amounts of pain, which led both my mom and I to the vet hospital.

This time was to say tearful goodbyes with my best friend.

Losing her was the hardest thing ever. My dog and I had a special relationship. She was the one person that always was there for me, and who could cheer me up whenever I needed someone. Losing her was like losing my sister. My heart is broken, and I want more than anything to hug her again. But, I know that wherever she is, she is no longer in pain.

Everyone who loves pets knows this. A pet is truly a member of the family. However, when a pet dies there is no funeral or wake. You hug your friend while sobbing uncontrollably and that’s the goodbye you get. It sucks, because for over a decade they were your family. And, to them, you were the center of their universe.

The grief of losing a friend like Maggie is perhaps the worst I’ve ever been through. For whatever reason, it is different then losing a person. You’re expected to be back to normal within days, which I really don’t understand because pets are people too. After all, can you tell your boss that you’re not coming to work today to give you time to mourn your dog? I mean, you can, but it’s not as accepted as taking time off for a person.

Which sucks, but it is what it is.

Losing Maggie was the hardest thing that I ever had to go through next to losing my grandfather. I feel like I lost my best friend, and I miss her every single day – even the things that annoyed me. Taking down her crate, putting away her bowls, and giving away her treats to other dogs just ripped me up inside. My best friend is gone. And, I miss her terribly.

Furthermore, no one ever really talks about the adjustment one goes through while losing a pet. For years, you are used to having to take them out. You are used to running home after work to take care of them. You are even just used to their presence – of them begging for your dinner or of their collar jingling as she walked throughout the house.

Without it, it feels empty.

I know that grief doesn’t last forever. And, I know with each day, things do in fact get better. However, it doesn’t change the fact that it just sucks to lose someone you love – whether they have four legs or two.